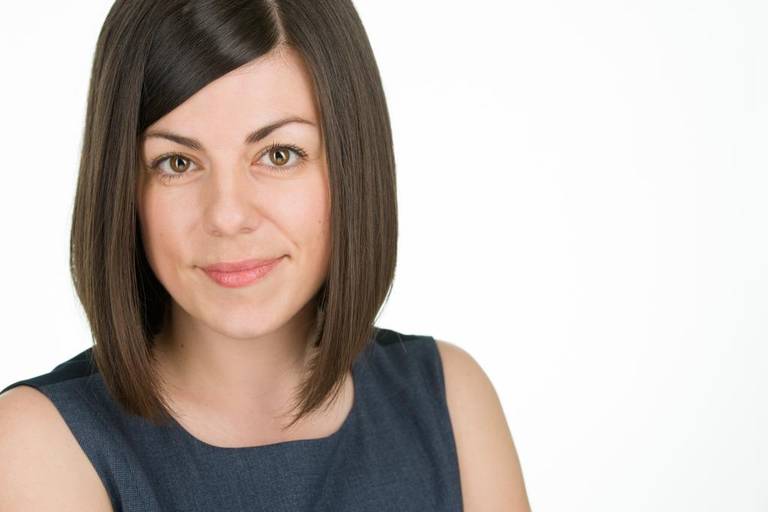 Kentucky’s successful Medicaid expansion is in jeopardy. The Trump administration approved the state’s request to impose work requirements on people who get health coverage through Medicaid which would lead to people being kicked off the program.

Kentucky was the first state to win approval of a Medicaid 1115 Waiver that included work requirements. Gov. Matt Bevin’s Kentucky HEALTH (Helping to Engage and Achieve Long Term Health) puts health care coverage at risk for nearly 100,000 who currently have Medicaid benefits. The program is slated to begin July 1 on a phased-in rollout across the state. The waiver faces a federal court challenge from 16 Kentuckians in U.S. District Court with a preliminary hearing on June 15.

We interviewed Emily Beauregard, executive director of Kentucky Voices for Health, about the work consumer health leaders are doing to prepare for the implementation of the waiver and its impact on families health care coverage.

It has been nearly two years since Governor Bevin announced his controversial plans to undercut the state’s Medicaid expansion enrollment. What have been the most effective engagement and advocacy efforts to raise the voices of consumers in response?

Beauregard: When the governor first unveiled his proposal to reform Medicaid through an 1115 waiver back in 2016, his rhetoric about restoring people’s dignity by requiring “able-bodied” Kentuckians to have more “skin in the game” was incredibly offensive to hard-working, low-income Kentuckians who see themselves as contributing meaningfully to their families and their communities.

I think people saw his proposal for what it was – an attempt to roll-back coverage – and didn’t buy-in to the claims that such a punitive waiver would improve health outcomes and create 95,000 better-paying jobs with benefits for all the people estimated to lose their Medicaid coverage.

Channeling that outrage turned out to be our most effective engagement strategy. We did this by developing plain language explainers, coordinating a series of op-eds, holding community forums in every region of the Commonwealth, organizing people to testify at public hearings, and creating a simple survey tool to gauge public opinion and collect feedback on the Medicaid changes being proposed.

By the end of the third public comment period, we had collected and submitted over 3,000 comments from Medicaid recipients and their families, providers, faith leaders, small-business owners, nonprofits, and health advocates. More than 90% voiced their opposition. it was an unprecedented response that raised the profile of Kentucky’s waiver across the nation.

Unless the federal courts halt it, the new waiver will go into effect on July 1 in Campbell County in the northern part of the state. Then it will roll out across the state over the following six months. Is the Bevin administration ready to put the new work requirement, premiums and other changes in place across the state?

Beauregard: This is one of those situations where the state seems to be building the ship as they’re sailing it. Members of our coalition have attended dozens of meetings and public forums with state officials over the past few months and there’s been one consistent takeaway: nothing has been finalized. From one meeting to the next, policies and implementation plans change.

The FAQs posted on the state’s website are out of date. No regulations have been published or approved. The My Rewards program is live but people can’t access it because they either haven’t heard about it or can’t follow the multi-step account set-up (explained in this 15-minute video).

Medicaid members who should have earned rewards for preventive screenings have a zero balance in their accounts. And thousands of parents who assume they’re covered under traditional Medicaid – which means they shouldn’t lose their dental, vision, or transportation benefits – are going to find out in June that they were quietly moved into Medicaid expansion and won’t have time to earn My Rewards points before they lose those benefits.

Meanwhile there have been no workforce readiness studies to determine whether different regions of the Commonwealth have the necessary jobs to justify a work requirement and we have yet to see any jobs plan. They’re really putting the cart before the horse and expecting the most vulnerable Kentuckians to make it work.

How are you organized to respond to breakdowns in the state’s waiver process? Will you monitor the waiver program and the trends that bubble up in the rollout?

Beauregard: Yes, we’re monitoring every aspect of the waiver implementation. Between now and July, we’re keeping a close eye on the work being done to rewrite policies and regulations, redesign the system to track and report activities, and train state workers, application assisters, and providers. We’ve also been tracking communications to Medicaid members and providers to gauge what people know about the impending changes and, more importantly, what they don’t.

Once the waiver rolls out in July, we’ll be working with our network of advocates on the ground to document system issues and other barriers Medicaid members face in terms of paying premiums, reporting work hours and other activities, earning and spending My Rewards dollars, applying for exemptions, and navigating the appeals process. As trends emerge, we’ll work to resolve system issues, find workarounds, and advocate for changes.

Governor Bevin has threatened to end the state’s Medicaid Expansion coverage if he loses the court case and has no appeal. How many people will lose coverage in that case, and won’t he have to get legislative approval to throw people off Medicaid?

Beauregard: I doubt Governor Bevin can do anything unilaterally. Back in 2013, Governor Beshear was able to expand Medicaid using executive authority granted to him in statute to accept federal funding that does not require a state match. Fast forward three years and Kentucky’s state match kicked-in, which required our legislature to fund Medicaid expansion in our state budget.

Now that the legislature has voted to fund Medicaid expansion, it seems obvious that they would also need to vote on a repeal of the Medicaid expansion. With the coverage of nearly half a million Kentuckians, thousands of jobs, and billions of dollars on the line, I think our legislators would be hard pressed to vote for repeal.