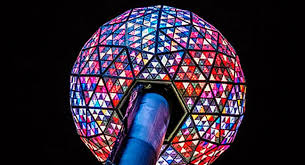 Like the magic ball of Waterford crystals on New York’s Times Square, Kentucky dropped its new regulation requiring the collection of Medicaid copays over the New Year weekend. The regulation isn’t all that remarkable because we pretty much already covered what it might say in a previous blog. For the most part, it simply removes the option of Medicaid Managed Care Organizations to waive the copays they’ve been allowed to charge—but haven’t seen a good business reason for doing so—for several years. It also clarifies the services and populations to whom copays will not apply (e.g. pregnant women, children, family planning services, etc.). But let’s dig deeper.

The chart has changed a little bit—the prescriptions are a little lower, but the parts about kids eligible under KCHIP seems contradictory (In one spot saying all children have a zero copay, in another section about prescriptions it says only non-KCHIP children have a $0 copay, so does that mean KCHIP kids DO have prescription copays?). Later in the regulation, it says ALL children, Medicaid and KCHIP, have no copays. Hopefully the latter statement will hold true, but we’ll press for clarification.

At the end of the chart, it switches from services and prescriptions to the groups who will have no copays under the Kentucky HEALTH waiver: those who are deemed Medically Frail, former foster care youth up to age 26, and those current on their premiums. But why in the chart rather than the body of the regulation, say, in Section 3 where it talks about “General Provisions and Exemptions”? Good question…it’s like they really want to highlight these groups and show a $0 next to them. This presentation is notable. It follows along with the messaging we’ve been hearing from the Cabinet comparing this new policy and presenting it as a “worse” option than the Kentucky HEALTH waiver, as covered in our recent article (spoiler alert: they’re both terrible options).

What’s NOT in the regulation? Well, there’s no mention of the impact to beneficiaries under 100% of the Federal Poverty Level (FPL). Those individuals are not supposed to be refused services if they are unable to pay the copayment. This is a big point of emphasis on the Cabinet’s informational page on copays on its website, but it’s nowhere to be found in the regulation. Between the confusion of providers and beneficiaries, an encounter may unintentionally end in service denial. Also not found? The limitation of charging one copayment when a patient receives multiple services from the same provider (or “entity”, or “group of doctors,” depending on what document you read) on the same day. These are important protections, and both should be included.

That’s pretty much it on the actual regulation. The more unexpected changes are found in the Regulatory Impact Analysis portion, a section required with every promulgated regulation that explains why you’re doing it, who’s impacted, how much it’s going to cost, etc. One shouldn’t expect a lot of the expository prose that we’ve heard from politicians or through press accounts. Statements like “We believe Medicaid beneficiaries need to be invested in their own health care” or “We need to teach people what it’s like in the private insurance world” or (my personal favorite) “Everybody’s got a dollar” aren’t to be found here.

Instead, the impact analysis is used to demonstrate how the agency is staying in the bounds of federal or state statute; language generally focuses dryly on the “what” and rarely goes into the realm of really explaining “why.” It’s when an agency takes great pains to avoid the “why” that it gets interesting. Under the “necessity” portion, the agency states “The amendments to this administrative regulation are necessary to clarify Medicaid policy relating to copayments and to clarify how certain co-pays should be charged for certain types of visits at certain types of providers.” Perhaps this seemed more palatable than saying “because we wanted to.”

And doesn’t research show copays actually lead to REDUCED access to services? Why yes…to both. Also, Medicaid providers already face a number of administrative burdens. Adding a new hard-to-understand policy that will ultimately lead to reduced reimbursements is unduly adding to those burdens.

Another interesting response is on the “Fiscal Note on State or Local Government”. By its responses, the Department for Medicaid Services does not expect this policy to generate revenue or cost anything to administer. To them. Perhaps there should be a fiscal and health analysis for the individuals impacted by their policies.

And finally, as an “emergency” regulation, it was put in place right before it was enacted, allowing no opportunity for review and comment prior to its enactment (a comment period is in effect for the “regular” regulation filed at the same time as the “emergency”). There are, indeed, times in which emergency regulation promulgation is necessary; those are spelled out in state law (KRS 13A.190) and include situations in which health and safety is threatened, meeting a statutory deadline, or to prevent a loss of federal and state funds. The Cabinet chose to justify the “emergency” with the last catch-all. Let’s review some facts about this policy.

-It is not required by any federal or state statute. There are federal limits if a state chooses to enact copayments, but no requirement.

-This has been in the planning for months, if not longer. Remember what happened when they tried to do this July 1 last year? Yeah, this hasn’t exactly been sprung on anyone, and there is no deadline.

-There is no threat of a loss of state or federal funds if this policy isn’t implemented. It’s not an emergency, it’s a choice, pure and simple.

To sum up, there is no “necessity” or “emergency” that will be addressed through this regulation. In the real world, there will be people who are not harmed significantly by this policy; they have family or friends who form a support system that will ensure they still receive the care they’ll need. Those are the lucky ones. But for the ones who aren’t as lucky, or whose luck—for some reason or another—runs out, this policy puts them in dangerous territory. They’ll find themselves in the impossible position of choosing health care or food, mental health visits or utilities. Access to health services shouldn’t be based on the luck of the draw. It should be based on sound, evidence-based policies that promote better access to quality care. This isn’t close.

Note: the comment period for this regulation runs through February 28. Those wishing to present testimony at a public hearing on February 25 need to let the Cabinet know before February 18. See details about this at the end of the regulation.