Unwinding the Red Tape, Part 3: Suspensions and Penalties and Lockouts, Oh My! 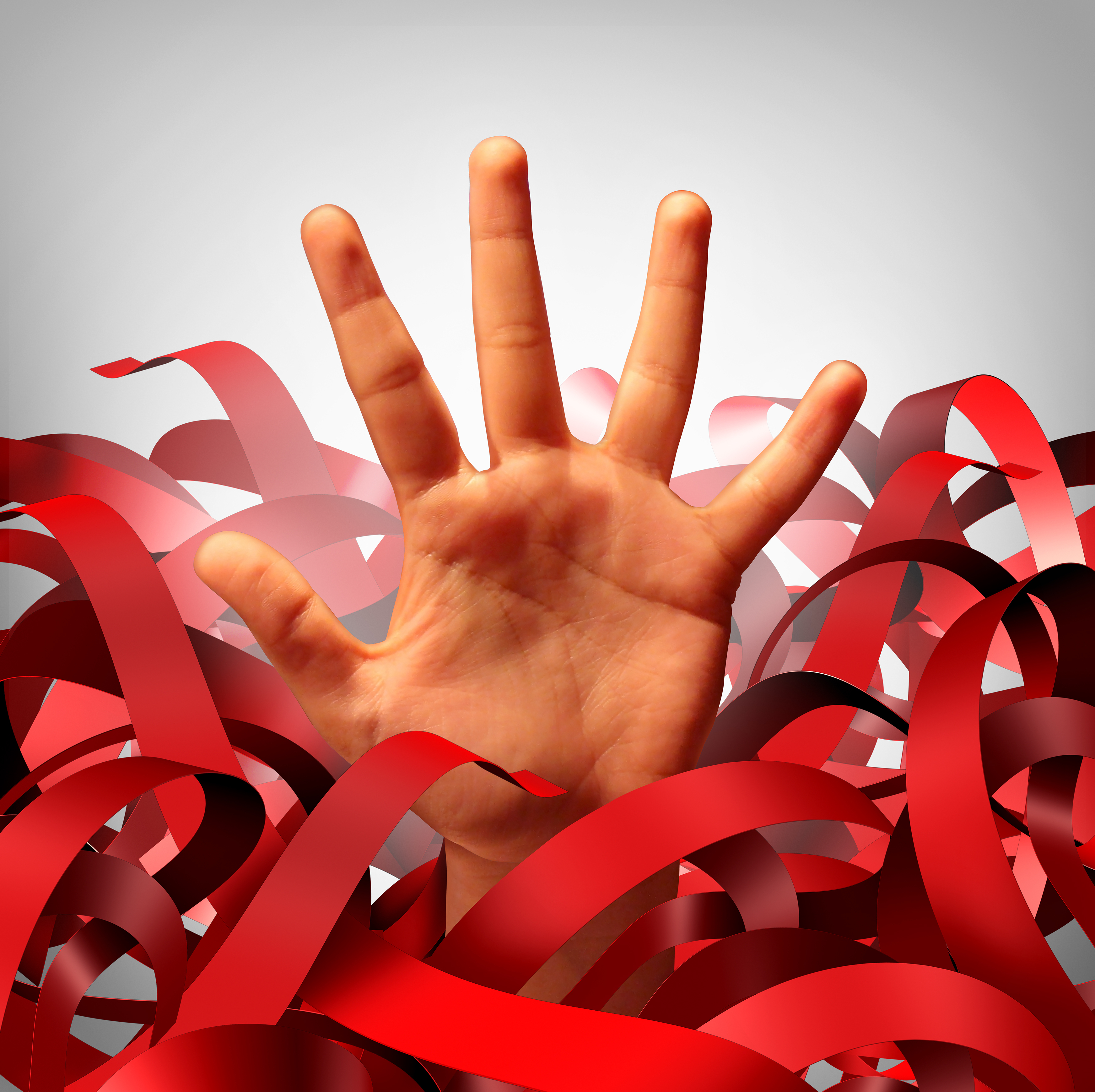 The Kentucky HEALTH waiver that goes into effect on July 1 will contain a host of harsh penalties for not meeting the new requirements imposed on Medicaid members. Individually, each requirement doesn’t seem too difficult to navigate (that is, unless you don’t have access to the internet, reliable transportation, or plenty of time on your hands). But when looked at as a whole, you can see how easy it will be for some members to struggle. I liken this to competing in a favorite track and field event—the hurdles. And no, I never did compete in the hurdles, but if I did, I can only imagine it would go like this: the first hurdle may not be too hard to clear, but then there’s another. And another. And another. The longer you run, the harder it is to successfully clear every one of them…that’s why it’s hard. And that’s how a lot of Medicaid members will ultimately lose eligibility, either for a short or a long period of time. In this third installment of Unwinding the Red Tape, we’ll go over the consequences for tripping over each of the hurdles…some you may not even realize exist.

The state has been reluctant to dive too deeply into these parts of Kentucky HEALTH, probably because penalties that deny coverage and limit access to needed care can only lead to poorer health. For example, members can learn about Kentucky HEALTH while collecting “My Rewards” dollars to cover dental and vision services by watching videos explaining the new policies. However, the videos contain zero information about suspensions and penalties or how to correct them and regain access to needed services. It may be that the state is relying on timely, clearly written notices (like this one) to provide that level of information…another topic for another day, but complex policies just can’t be easily explained in a simple notice.

Don’t Head Down the Wrong PATH

We’ll start with the most heavily-publicized and polarizing of the requirements: Community Engagement. The cabinet has branded this as “Partnering to Achieve Training and Health”, or PATH. Most people call it “the work requirement.” No matter what you call it, if you fail to get in 80 hours in a given month for two months in a row, you’re going to be suspended (unless you have “good cause”, covered in the first installment). Even if you’re working, the same suspension applies if you don’t report your hours by the 7th day of the following month. “Suspended” means you’re still technically enrolled in Medicaid, but you can’t access any services through your Managed Care Organization. Not only that, your “My Rewards” account is suspended and $25 in “rewards” will be deducted for tripping over this hurdle. This suspension will last until the reason is corrected or until the member’s redetermination date. If it’s not fixed by that time, the member is disenrolled and will have to reapply later.

There is a “path” (pun intended) to unsuspend one’s benefits (the state calls such fixes an “on ramp”). A suspended member can either take a health and financial literacy class, OR complete and verify a month’s worth of approved activities like work, training, volunteering, etc. Just know that the classes used to fix a suspension—any suspension mentioned in this blog—can only be taken once during the member’s twelve-month certification period, and will only be granted after the member passes a test at the end. We can only hope those tests conform to accessibility requirements in the Americans with Disabilities Act.

Pay the Premium or Pay the Price

From information provided by the Cabinet, “The Premium Non-Payment Penalty is a six-month penalty.” Except it’s not, really. But how this penalty hits depends on the income level of the member, so we should probably start there. For members with income under 100% of the Federal Poverty Level (FPL), the penalty is a move to the copay plan. Under the copay plan, members pay a fee each time they get a Medicaid-covered service, and the fees range from $3-$50. Depending on how much you use Medicaid services, those copays will add up quickly, costing more than the premium. Like any other penalty, you will lose access to the “rewards” account—no dental and vision!—and lose $25 of rewards (does anyone else think these penalties sound suspiciously like drawing the “go to jail” card in Monopoly?). If the penalty is not resolved by the time of redetermination, eligibility continues in this copay purgatory until a future month’s payment is made.

For members with income between 101%-138% of FPL, not making premium payments for two months in a row will earn you a complete suspension…no coverage at all for the doctor, preventive care, dental or vision services…and you’ll also have to pay your $25 “rewards” penalty. Folks in this income bracket lose eligibility altogether if they don’t find that “on ramp” [JD3] by the time of redetermination.

Remember that thing about this being a six-month penalty? It’s not that simple. Regardless of which category you’re in, this penalty lasts until something is done to fix it. How that happens depends on the length of time that’s elapsed. If it’s less than six months and you want to get back in good graces, you’ll have to pay those two months you’ve missed, pay one month forward, AND (not OR this time…it’s AND) pass a test after you take that health or financial literacy class. If the suspension has lasted more than six months, you won’t have to pay those past two months, but everything else is the same. What happens when this suspension is applied and there’s only, say, three months left in the certification period? I guess we’ll find out…

Can I get a Wicked Wango Card, please?

But wait, there’s more. There are a series of other penalties that, because they lead to discontinuance of all Medicaid by their very nature, are six-month lockouts from future participation. Some will leave you scratching your head.

Many of the processes around recertification (Or redetermination…whichever word you prefer, insert it here. I revert to the terminology of my old days sometimes) will remain once the waiver takes effect July 1. Some background might be in order here. Medicaid eligibility lasts twelve months. In the last month of a member’s certification, a “recertification” is completed to determine ongoing eligibility. During that month, the state’s computers talk to other computers out there in the world, and the hope is that this process is done automatically if there’s good information from trusted sources. Sometimes that isn’t possible, though. In those situations, the household must provide the missing pieces. If that’s not done by the end of the certification month, the case is discontinued. But the household still has 90 days to provide that information without having to go through the whole application process again, assuming everything else is the same.

This process remains the same with a couple of key changes. Right now, even if that information is provided on day 89, coverage goes back to day 1, meaning there would be no gap in coverage. Under the waiver, however, coverage will only go back to the first of the month in which the information was provided, creating the possibility of a gap. The other big difference is the imposition of a new six-month lockout if the process isn’t completed by that 90th day. Between the redetermination period and six-month suspension, it can add up to a total penalty of nine months without coverage.

Like the recertification procedures above, much of this is unchanged. Members have 30 days to report major changes that could lead to ineligibility. By “ineligibility,” it means the income is over 138% of FPL. How many Medicaid members know what that line is? Also, it should be noted that increases in income aren’t the only changes that lead to ineligibility. A family near the 138% line may experience a change in household size—maybe someone moving out of the home—that now puts them over the line even though income didn’t change. Should these changes already be reported? Yes, but there’s two new pieces in the waiver that make it more important. First, the household will likely be referred to the state’s Office of the Inspector General for a potential fraud finding—a serious charge that carries many implications. And, of course, a six-month lockout period is imposed. Timely reports of changes will be more vital than ever, and Medicaid members should err on the side of caution and report any changes right away.

This one is the head-scratcher. We’ve not seen the full policy on this yet (that goes for the entire waiver), but it goes something like this: If you are required to pay either premiums or copayments, and you call DCBS and say “I want to discontinue my benefits” without giving a reason, you’ll be considered “voluntarily withdrawing” from the program and will have a six-month lockout period imposed. If you try to come back during that period, you won’t be allowed to re-enroll unless there was some kind of “good cause,” like having and losing other health coverage during that time. According to the state, “The penalty is intended to prevent people from withdrawing prior to the imposition of a non-payment penalty.” But we’ve also spoken with mental health experts who believe this will hit individuals with certain mental health conditions disproportionately. It seems to be akin to the individual mandate imposed under the Affordable Care Act…something some states and members of congress are, ironically, attempting to deem unconstitutional.

You’ve heard the old saying people say after they’ve tripped (or been tripped): It’s not the fall that hurts, it’s the landing. In the case of Kentucky HEALTH, it’s not the requirements that will hurt, it’s the resulting penalties that will trip people up and ultimately decrease access to care. The administration assures us that an estimated 95,000 members will leave the rolls only because they found good paying jobs with health benefits. But all the extra red tape created by these new, confusing, and confounding requirements, along with the resulting penalties, suspensions, and lockouts, point us in another direction.

Kentucky Needs a Safety Net that Works for Us, Not Against Us 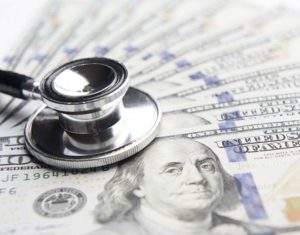