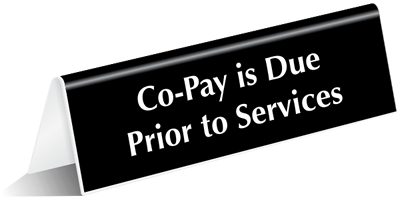 As you may have heard, the copays are coming! Starting January 1, 2019 (Happy New Year!), the state will require most adult Medicaid beneficiaries served by Managed Care Organizations (MCOs) to pay copayments for most services. Let’s explore the nuts and bolts of copays (the “what”), the reasons the Cabinet is implementing them (the “why”), and the reasons this policy is harmful (the “why not”).

First, some facts about the new copayments. Federal policy allows states to choose to impose “cost sharing” requirements on its beneficiaries, and copayments are one type of cost sharing (premiums are the other). In Kentucky, these copayments are established in regulation and range from $3-$50 depending on the service; most office visits are $3. Right now, the regulation allows MCOs to not charge beneficiaries these copayments, and since it appeared to make better business sense not to charge them, they didn’t. Nevertheless, changes will be made likely through an emergency regulation near the end of the month to make the collection of copays mandatory.

These copays will not impact children directly, and anyone making less than 100% of poverty guidelines should not be turned away if they are not able to pay their copayments (you can read more on the state’s plan here—the only information available so far). Also, some populations and some services will be exempt. Federal rules dictate the narrow populations and services federally exempt from copayments, and Kentucky has chosen to impose copays on everyone not on that narrow list. But for everyone else—including people who would be considered “medically frail” under the recently re-approved Medicaid waiver called Kentucky HEALTH—get ready.

We’ve heard several reasons why copayments are being implemented. We’ve heard that the Cabinet has discovered that “waiving them wasn’t allowed, so we had to do it.” However, states make the choice whether or not cost sharing is going to be a requirement. Another is that “other categories of Medicaid are already paying them,” the conclusion being that this larger group must as well. And, of course, there is the “skin in the game” argument, which will be more fully addressed in the “why not” section of this blog.

Then there’s the Kentucky HEALTH waiver to consider. As mentioned before, almost all adults, including those who would be considered “medically frail” under the new Medicaid waiver, will have this new copay requirement. But if Kentucky HEALTH is implemented as planned on April 1, 2019, the adult population can pay premiums instead of copayments, and the medically frail would pay neither. So today no one has copays, on New Year’s Day just about everyone does, and then on April Fool’s Day it all changes again. That’s quite a bit of dramatic change in a short period of time for such a large program. But it’s also already being used in messaging by the state to set up the waiver—with all its red tape and penalties—as the better option. A cynical person might wonder if that’s behind the timing of the copays in the first place.

At the heart of opposition to mandatory copays are the negative consequences caused by cost-sharing requirements. In 2017, the Kaiser Family Foundation (KFF) synthesized the results of 65 studies on this issue, spanning 17 years. The results were clear: premiums often create a barrier to coverage, and even modest copayments create barriers to accessing necessary health services for low-income populations. The summary states:

“…studies have found that increases in cost sharing are associated with increased rates of uncontrolled hypertension and hypercholesterolemia and reduced treatment for children with asthma. Increases in cost sharing also increase financial burdens for families, causing some to cut back on necessities or borrow money to pay for care. In particular, small copayments can add up quickly when an individual needs ongoing care or multiple medications.”

Another examination of cost-sharing studies, published by the National Institutes of Health, cited several examples of state copayment requirements that led to decreased prescription medication adherence. In Mississippi, a change in prescription copayments from $1 to $3 led to a 20% jump in treatment gaps for patients with schizophrenia. In Georgia, a similar change led to cancer patients incurring an additional $2,000 in medical costs in a six-month period due to increased emergency room visits.

The KFF analysis showed these costs will be especially harmful to those with lower income levels. The very poor are disproportionately more likely to forego needed care. Conversely, those with chronic physical or mental health issues who must utilize care more frequently will face more of a financial burden. In short, the more vulnerable the population, the more harms faced by the required imposition of copayments. This means people with disabling conditions, newly-arrived refugees, homeless individuals, and survivors of domestic and interpersonal violence attempting to make a new life will be hit the hardest.

Also, although individuals at or below 100% of the federal poverty level (FPL) cannot be turned away from services, the mere existence of the copay will discourage some from seeking care. And when beneficiaries access services for which they cannot pay, the cost burden is shifted to Medicaid providers in the form of reduced reimbursements for services, further straining the health care safety net for Kentucky’s poorest residents.

For those making over 100% FPL, there is strong concern that those with chronic health conditions or serious acute illnesses will ration needed care as a way of making ends meet. And there’s also strong concern that anyone meeting the proposed definitions of “medically frail” or “temporarily vulnerable” will be affected the most by being charged mandatory copays after months of intensive outreach and education that they were protected from cost-sharing.

A couple of things need to be made abundantly clear. First, under Federal law, the imposition of copayments is an option states can choose to take. Or not. Let’s call “copayments for everyone” the choice behind curtain number one. Second, Kentucky is also making a choice by implementing the well-documented punitive policies in its Kentucky HEALTH waiver. Let’s call Kentucky HEALTH the choice behind curtain number two. This sets up a false dilemma between two options, both of which are harmful. Kentucky’s Medicaid beneficiaries need and deserve a curtain number three: none of the above.

Resources for Kentuckians During COVID-19