Graham-Cassidy Is Just As Bad As Other ACA Repeal Bills, If Not Worse: Call TODAY!

While some Senators are engaging in positive, bipartisan talks to stabilize the ACA marketplaces, proponents of Graham-Cassidy are trying to force a vote on repeal before the end of September (when current budget rules expire that allow the Senate to pass a repeal bill with just 50 votes, plus a tie-breaking vote from the Vice President). The Graham-Cassidy bill is just as bad as all of the previous repeal efforts, if not worse. It would, among other things:

It’s time to make your voice heard, again! Previous efforts to repeal and replace the Affordable Care Act were defeated because of advocates like you. Efforts to repeal ACA have been secretive from the start, with just a few Senators working behind closed doors, with no hearings or opportunity for input. It should come as no surprise that this latest Senate effort is just as mysterious. Don’t let the Senate use another secret process to take health care away – with no hearings, and no independent analysis of the bill’s impact. Call Senator McConnell and Senator Paul TODAY at (202) 224-3121. Tell them to protect your care. Kentuckians deserve nothing less than more affordable coverage, better benefits, and stronger consumer protections. Spread the Word! 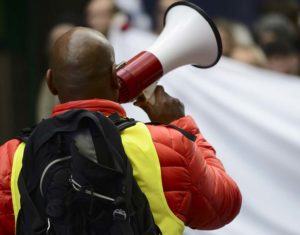