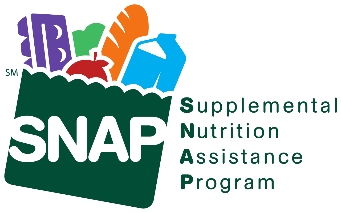 Kentucky Voices for Health brings together individuals, advocates, community organizations, state agencies, and policymakers to address the underlying causes of poor health. As an advocacy organization focused on the improved health and well-being of all Kentuckians, we take this opportunity to comment in opposition to USDA’s Proposed Rulemaking on SNAP requirements and services for Able-Bodied Adults Without Dependents (ABAWDs).

The proposed changes will have detrimental impacts on the health and well-being of individuals, including children and their families, as well as strain the health care system in terms of increased utilization and costs.

Food insecurity has deleterious impacts on health through increases in the prevalence and severity of diet-related disease, such as obesity, type two diabetes, heart disease, stroke, and some cancers.

In addition, because of limited financial resources, those who are food insecure —with our without existing disease – may use coping strategies to stretch budgets that are harmful for health, such as engaging in cost-related medication underuse or non-adherence; postponing or forgoing preventives or needed medical care; and forgoing the foods needed for special medical diets (e.g., diabetic diets). Not surprisingly, research shows that household food insecurity is a strong predictor of higher health care utilization and increased health care costs.

SNAP is associated with improved physical and mental health SNAP improves children, adult, and senior health outcomes, including physical and mental health.24 For instance, SNAP increases the probability of self-reporting “excellent” or “good health,”25 lowers the risk of poor glucose control (for those with diabetes),26 and has a protective effect on mental health.27 SNAP also helps reduce stress for struggling individuals and families worried about finances, and stress is highly correlated with poor health outcomes.28 In Kentucky, SNAP can play an especially important role in improving health outcomes; Kentucky lags the national average in almost all major health indicators.

Kentucky Voices for Health strongly opposes the proposed rule that would expose even more people to the arbitrary food cutoff policy by limiting state flexibility regarding area waivers and individual exemptions. By the Administration’s own calculation, the proposed rule would take food away from 755,000 low-income Americans, cutting food benefits by $15 billion over ten years. The administration does not estimate any improvements in health or employment among the affected population.

Beginning in 2018, Kentucky took the step to rescind waiver protections for all but 8 counties in the state (currently served by a separate SNAP Employment & Training demonstration project), with expectedly disastrous results. No consideration was given regarding the economic conditions of the counties; many of which have persistently high unemployment rates and are designated Labor Surplus Areas.30 Through December of 2018, over 16,000 individuals have been discontinued from the program, even though 117 of Kentucky’s 120 counties would be exempt under current rules.

If this rule goes into effect, Kentucky will only have flexibility to waive 25 counties in the future when it chooses to do so. Kentucky’s decision to enforce a statewide requirement and the resultant losses of benefits offer a clear warning of benefit losses to other states and the country as a whole.

The Administration’s proposed rule seeks to end run Congress, which just concluded a review and reauthorization of SNAP in the 2018 Farm Bill and did not make the changes proposed.

Based on the research examining the relationship between SNAP and health, Kentucky Voices for Health strongly opposes the proposed rule that will limit SNAP eligibility. The result will be a negative impact on the health and well-being of vulnerable Americans and an increase in health care utilization and costs.

KVH Urges Kentuckians to Enroll in Healthcare by Dec. 15 Deadline